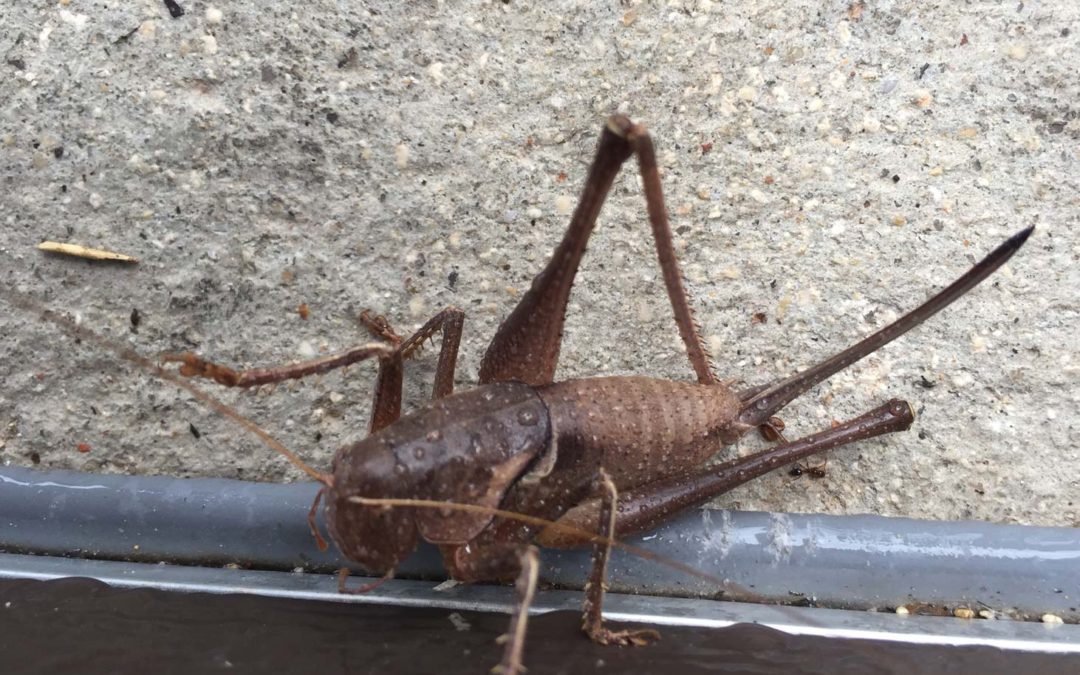 Most cave crickets have very large hind legs with “drumstick-shaped” femora and equally long, thin tibiae, and long, slender antennae. The antennae arise closely and next to each other on the head. They are brownish in color and rather humpbacked in appearance, always wingless, and up to 5 centimetres (2.0 in) long in body and 10 centimetres (3.9 in) for the legs. The bodies of early instars may appear translucent.

Cave and camel crickets are of little economic importance except as a nuisance in buildings and homes, especially basements. They are usually “accidental invaders” that wander in from adjacent areas. They may reproduce indoors, especially in situations that provide continuous dark, moist conditions, such as a basement, shower or laundry area, as well as organic debris (e.g. compost heaps) to serve as food. They are fairly common invaders of homes in Hokkaido and other cool regions in Japan, where they are called kamado-uma or colloquially benjo korogi (literally “toilet cricket”).